Is Piecework a Lean Tool? 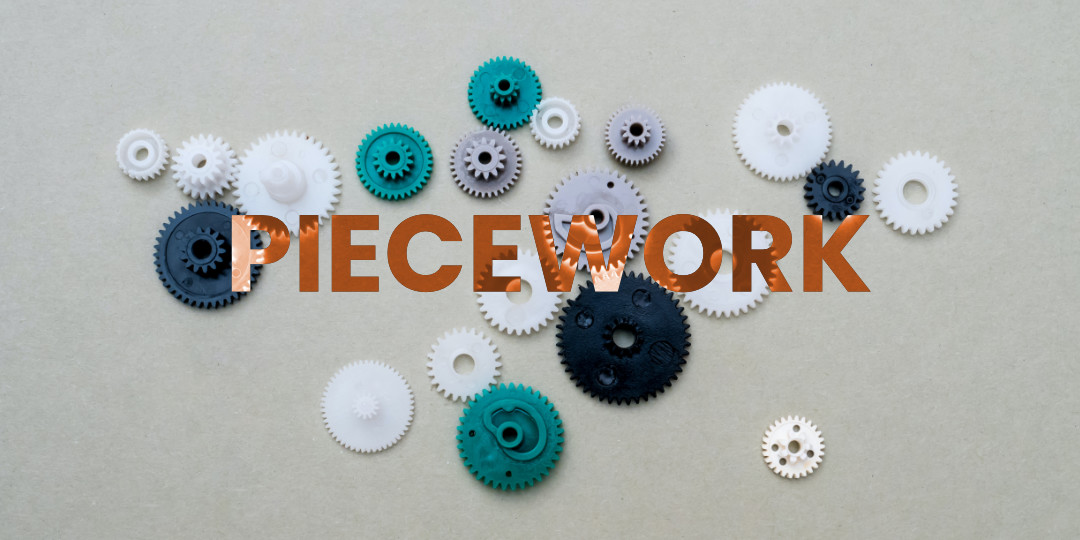 While piecework is not as common as it used to be, perhaps you’re wondering if it would work in your business. For Lean practitioners especially, it’s important to consider how this would impact the culture of your workplace. Will workers still function as teams? Will productivity change?

At Veryable, we work with many companies at different levels of Lean maturity. We encourage businesses to create a piecework pay structure because we believe in its benefits for the businesses and workers using our on-demand labor marketplace.

In this article, you’ll learn a brief history of piecework, how it relates to Lean, and how to know whether you should implement piecework in your business.

Does piecework align with Lean thinking?

The current paradigm is that piecework is anti-Lean because it leads to overproduction and inhibits the jidoka principle of “stop production if you want to solve the problem at the root.”

But this way of thinking may be somewhat similar to what happened when machine power transitioned from steam to electrical: the layout of similar machines in a straight line survived from when it was a necessity (with force transmitted through belts from a central shaft to individual machines) and we ended up with factories arranged in “functional villages” long after the more efficient process layouts became possible. In other words, like with the 5 monkeys story, we continue to do unproductive things because we have a very hard time questioning the status quo.

Today, Lean thinkers have a disdain for individual bonuses for production operators, and they dislike piecework pay even more. This is due to the many counterproductive outcomes this created in the past. For example, when workers on piecework stood to benefit from overproducing, they overproduced. Another major conflict existed with the jidoka principle, which requires that workers be willing to “pull the andon cord” and stop production when a quality issue is detected, something that we don’t expect people on piecework to do. A final reason to dislike individual production incentives is that they are seen as discouraging teamwork and collaboration.

However, are the facts still supporting these conclusions today?

A brief history of piecework

Although piecework has been linked to productivity gains, higher wages, and lower employee turnover, the decline in this form of incentive stems mainly from the growing importance of teamwork and from decreasing earnings differentials (which themselves might be due to the more frequent occurrence of machine-paced production). For example, while a 1984 study covering 100,000 workers and 500 firms in the US apparel industry still reported a 14% piecework premium wage differential, the proportion of employees on piecework dropped from 16% to 8% between the pre-WWII period and 1965.

Today, many companies prefer other forms of incentive pay, such as gain-sharing, team-based bonuses, qualification premiums, and awards based on achievement of quality, safety and delivery targets. While team-based pay is meant to favor collaboration, it’s not obvious that this outcome has been attained: tensions and resentment within worker teams due to social loafing are frequently reported (Bicheno & Hennessey, 2022), something that piecework would presumably address.

How piecework can be compatible with Lean

The new paradigm is that with on-demand production, you create a sophisticated marketplace with all the self-corrective and adaptive features of a real market. The Veryable platform, for example, has a price mechanism, but also integrates other aspects of a “meritocracy market” with features such as continuous rating across three dimensions and “badges” that act as micro-credentials. In this on-demand model, you produce exactly what you need to ship that day and the volumes fit the demand. In that sense, it’s not your dad’s piecework: it’s a target volume to be achieved today, as opposed to “as many as I can make.”

Rather, the incentive for the operator is to leave work earlier, and the incentive for the business is to remove uncertainty about costs and margins. Companies nevertheless need to carefully assess the fit of a given job with piecework: if the pace of production is controlled by the just-in-time delivery of material, by the machine, or by the operator at the head of the cell, or if the job needs to be synchronized with other processes, piecework might not be the best choice.

Addressing the risks of piecework

The one risk that Lean companies really need to address is the reluctance of piece rate workers to use andon systems and stop production when abnormalities are spotted. There are two ways this could be handled.

First, the worker could be compensated for any “downtime” that follows an andon call, and this doesn’t have to be monetary. For example, the worker could earn an “andon hero” badge for having pulled the cord or could be involved in the root cause analysis and earn a badge for that as well. Having these markers on their “resume” would increase the attractiveness of this person to businesses and result in a higher bid acceptance rate.

Second, good process design includes a high level of poka yoke which, by the way, includes not only devices that prevent the occurrence of defects, but also devices that send out an alarm when a defect is detected. In other words, a poka yoke can also be an automated andon device that doesn’t depend on human intervention. Technological advances such as IoT are a great opportunity in this respect to reconcile piecework and jidoka.

Furthermore, the disadvantages of using piecework for salaried workers disappear when used for on-demand workers:

The pros of piecework

The advantages of piecework in the on-demand environment are many:

When to use piecework

So, when should you use piecework Ops  rather than time-based Ops? You should consider the following factors:

How to get started with piecework

Paying workers by piecework aligns well with the desires of flexible workers. The workers using a platform like Veryable’s on-demand labor marketplace want flexibility, and being able to get rewarded in time and money for completing work faster is a win-win situation between the worker and your business.

When you post work opportunities on Veryable, you have the option of using a piecework pay model. That way, you’re truly maximizing the output from your labor costs by matching your labor capacity to your daily demand. Create a business profile today to get started. 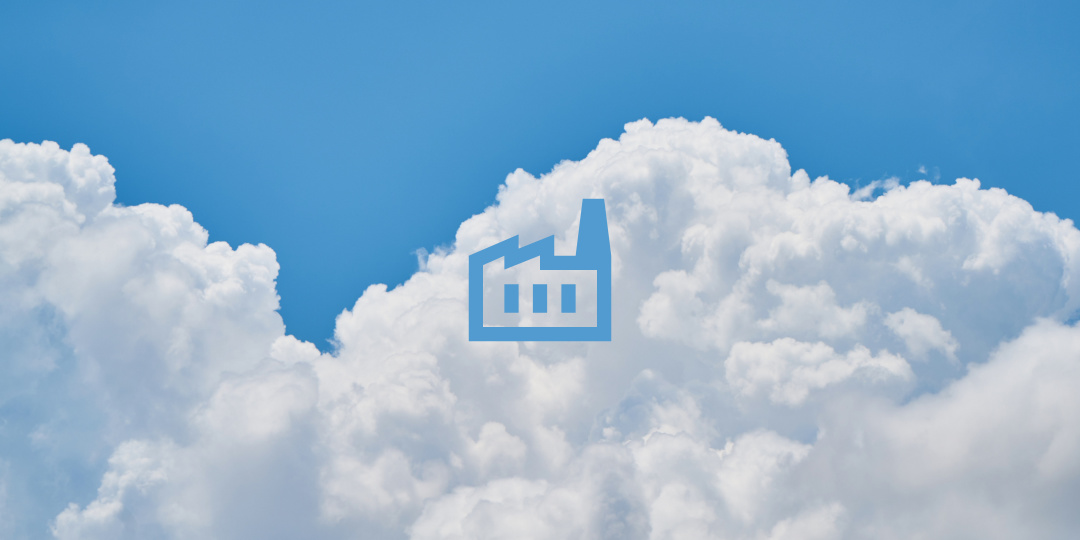 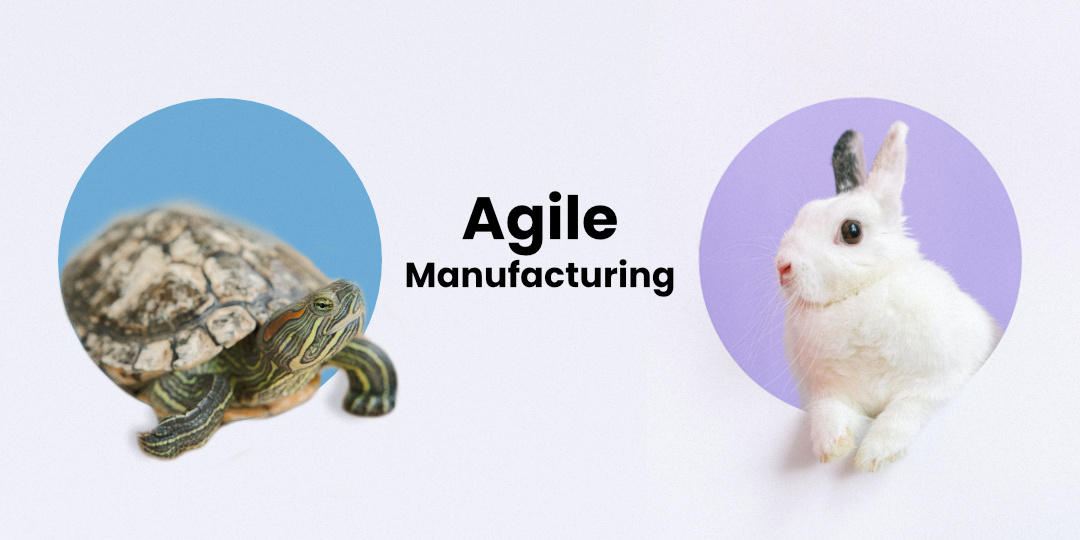