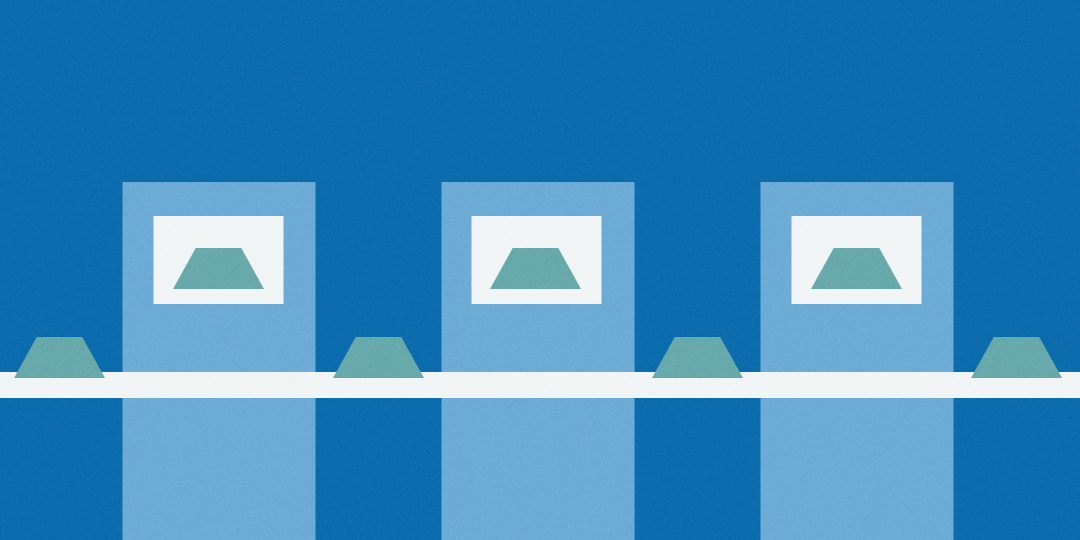 Operational excellence is a topic we at Veryable are quite familiar with, because our team has decades of combined experience in leading change in supply chain environments. As we help companies step into the flexible, digitized future of manufacturing with our on-demand labor marketplace, we see firsthand the need for effective methodologies in these environments.

In this article, you will learn the definitions of kanban and drum-buffer-rope, their similarities and differences, and how to decide which approach to managing production is right for you.

Drum-buffer-rope (DBR) is an approach developed by Eliyahu Goldratt as part of his Theory of Constraints for managing production systems. The drum, buffer, and rope are symbols for how to manage your production to identify bottlenecks and orient your operation accordingly. 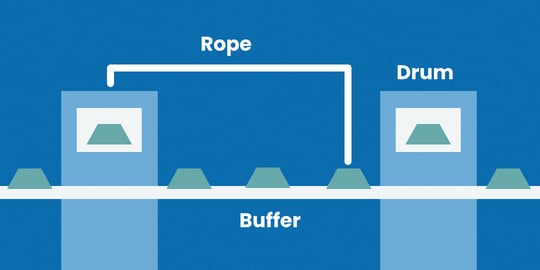 In DBR, the drum of any operation is the bottleneck. The drum determines the rhythm of the whole production process. The buffer is similar to a supermarket pull system, but in DBR this is a work in process inventory before the bottleneck to ensure it is always fed. The rope is a signal from the drum to the beginning of the production process to show that material has moved down the line and the next cycle can begin.

The idea behind DBR is that it will prevent overproduction and excess WIP in front of the bottleneck, while still ensuring the bottleneck remains fed to maximize equipment efficiency.

Kanban (Japanese for “sign”) was developed by Taiichi Ohno as a way to implement and maintain a pull production system. It is a Lean tool, and has become popular outside of manufacturing for its useful applications in software development and project management.

Kanban uses cards called, you guessed it, “kanban cards” to represent each item in the production process. These cards have also been digitized in some environments, in which case they often involve scanners or computer vision. However, the core idea remains the same. 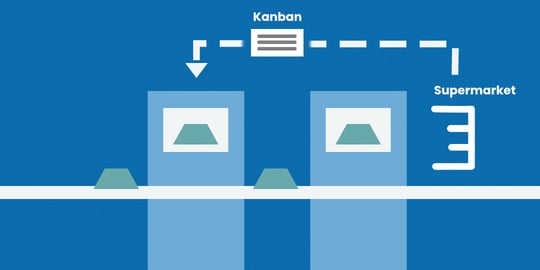 This standardizes the flow of materials and ensures that production maintains a pull-based flow, since materials only move when requested by a card, and the card (whether physical or digital) stays with the material.

Similarities between drum-buffer-rope and kanban

Both DBR and kanban have the goal of maintaining a steady, measurable flow of value through your operation. They are both pull systems, where a signal is sent upstream from one process to another. And they both have a small amount of work in progress in the form of either a buffer in DBR or a supermarket in kanban.

Differences between drum-buffer-rope and kanban

The main points where kanban and DBR differ is where they place WIP inventories and how they prescribe the order of production.

Drum-buffer-rope places WIP inventory as a buffer before the bottleneck (drum). This is because DBR focuses on leveraging a constraint. There can be multiple buffers on a line, although in its purest and simplest form, drum-buffer-rope focuses on the primary constraint in a system.

Kanban places WIP inventory wherever there are multiple possible outcomes from a workstation. This is because kanban uses a “supermarket” as an initial inventory and origin point for its kanban cards. So if workstation A is producing three different versions of a widget, the supermarket after this step would have a spot for each of those widgets and a corresponding kanban card. When the downstream workstation B pulls one of these widgets, workstation B would send the card upstream to workstation A, which would then send a card requesting its materials further upstream.

Order of production: Drum-buffer-rope vs kanban

With drum-buffer-rope, it is largely up to the individual working the station which item they will produce next. So long as a signal has been sent via the rope, all they know is that there is a need for more items down the line. They either have to ask someone and rely on word of mouth, or they have to take a guess. This leaves room for error.

With kanban, it is typically very clear what needs to be produced next. If you follow the six rules, there will be a queue of cards before each workstation to make it clear what the next step is at any given time.

How to decide which is right for you

Drum-buffer-rope is best used to optimize around a single, unmoving bottleneck. This is because it assumes that the bottleneck is in the same place until you are able to make changes to your capacity. If your bottleneck was moving more quickly than you could decide where to put the buffer and rope, you could end up with a mess as you rely on signals from a workstation that is no longer your real bottleneck.

Kanban has proven itself over time and in many industries as a reliable way to plan and monitor work. If you had to choose one approach and stick with it for the long-term, this author would recommend kanban. It’s been vetted and is part of a rich tradition of Lean and its sprawling toolset, meaning you will find no shortage of teaching and coaching on implementation, as well as examples of successful use.

Why does this matter to Veryable?

We see ourselves as partners in your journey into the future of manufacturing. Beyond our on-demand labor marketplace, we offer insights and guidance pulled from the collective decades of operations experience among our employees.

Our mission is to revitalize US manufacturing, and usher in the digital manufacturing renaissance. And we believe this starts with on-demand labor to enable businesses to make operational improvements like the ones we mentioned in this article.

Learn more about how flexible labor is your first step into the future of manufacturing in our blog about on-demand labor. 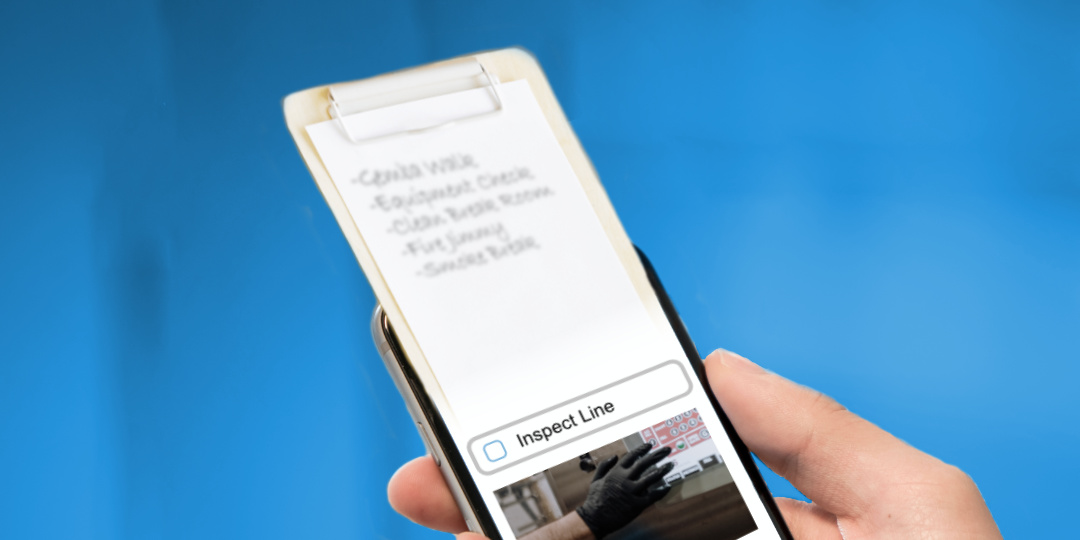 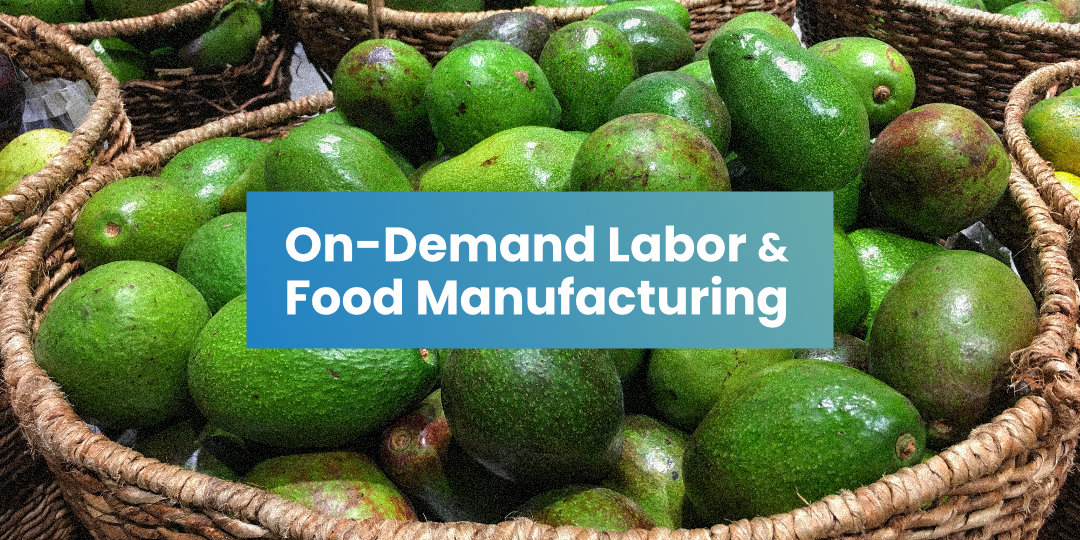