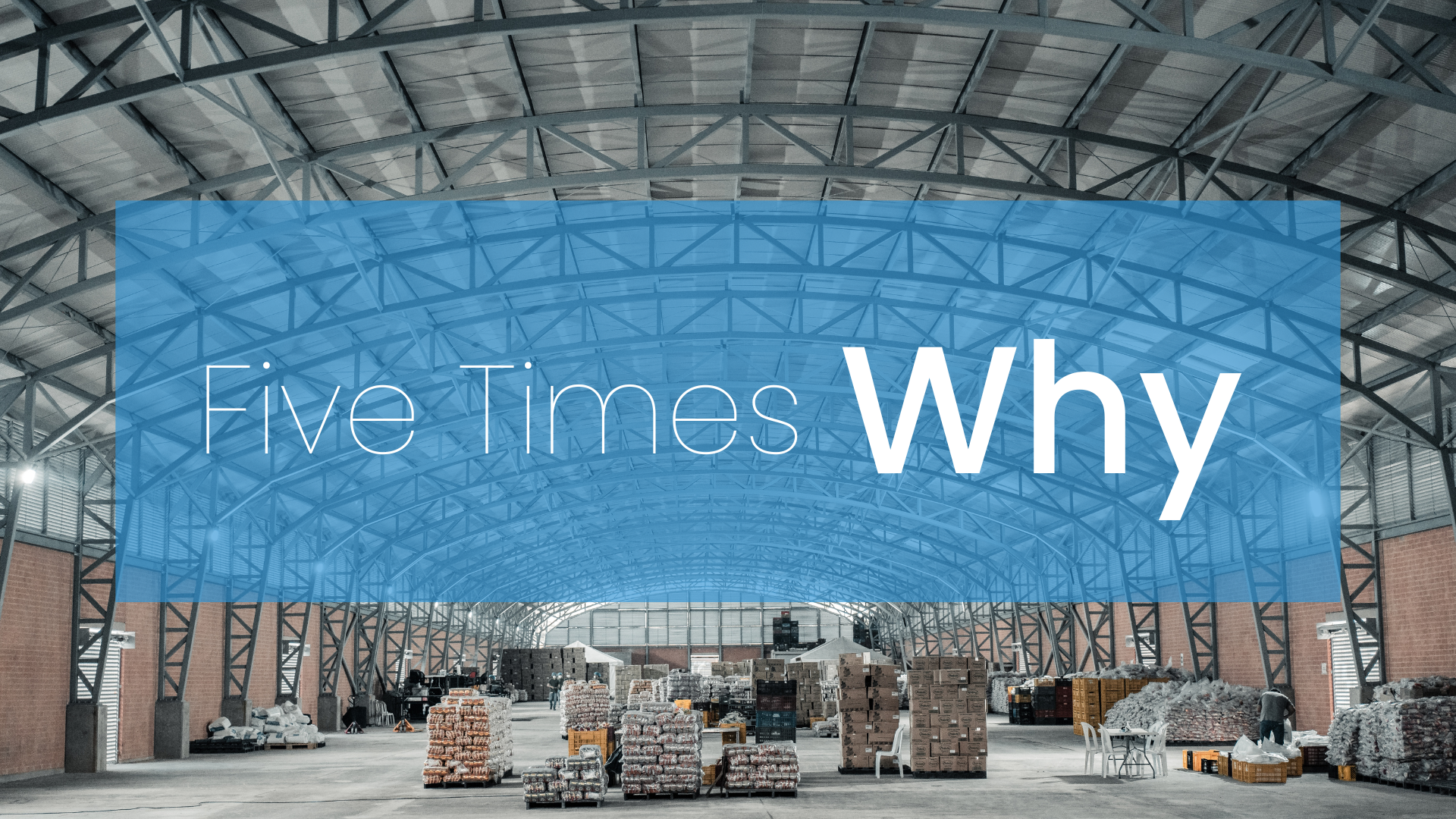 In an earlier blog post, we said that defect prevention depended on understanding the root cause(s). Because this is such an important part of the problem-solving process, let’s explore it further.

“Five Times Why” is probably the best-known method for root cause analysis, but it’s often represented in an overly simplistic manner, as though each question has only one answer. The reality is that completing a Five Times Why is more difficult than it seems, takes longer than it seems, and requires discipline on the part of the person asking why. In this blog, we’ll share with you some specific do’s and don’ts that will accelerate your learning.

How "Five Times Why" Looks in Theory

There’s a problem on the shop floor: a machine breakdown or a defective product. You get immediately notified and rush to the “scene of the crime” before it gets contaminated and the clues disappear. You engage with the person closest to the problem, typically the operator, and start the Five Times Why conversation with direct access to the actual problem. For example, you’re at the workstation where the problem occurred, with the actual defective product in your hands.

You can now initiate the dialogue, starting with you describing the problem and asking the first why. Let’s say it’s a defective product due to a torn gasket. It could go something like this: “Jane, this is the defect I’d like to explore with you, so we can get down to the root cause and find a way to prevent it from happening again. First, here’s the defect: it’s this torn gasket. Can you explain to me why this product has a torn gasket?”

Jane then gives you a single unambiguous cause, for example, “it’s because the gasket slipped when I placed the top cover before final assembly, and the screw went through the gasket material instead of through the hole”. You would then ask “why did the gasket slip when you placed the top cover”, and Jane would again provide you with a single, clear cause such as “the label machine is too close above the jig, and I have only a one-inch clearance to place the top cover on top of the base, so sometimes it makes contact with the gasket and moves it”. Then you ask why the label maker is so close, and so on until you end up with a perfect root cause and a perfect countermeasure that eliminates the problem once and for all, and everybody’s happy.

The practice is often very different

You can probably see why this would not go well right from the start. Even though you were careful not to sound accusatory (for example, you explained that your intent was to find a prevention countermeasure, not a person to blame, and you used “we” to show that it was a team effort), it’s unlikely that Jane heard it that way. She’s the one who assembled the bad product, and she’s primed to expect the worst. The line is stopped, her supervisor is hovering nearby with an unhappy face, and maybe she can hear her colleagues making snide remarks. In other words, this is not a good environment to perform an objective root cause analysis. Jane may well be defensive and choose her words carefully.  Her main objective may be to make you go away as soon as possible, so she can get back to work. This would not be conducive to a good root cause analysis.

If the culture on the shop floor (or the company) does not encourage teamwork, prevention, and continuous improvement, no amount of tools will be enough. This is an inconvenient reality of lean, but it cannot be ignored. Culture often takes the form of a “chicken and egg” problem that frightens people into inaction and renouncement. If your organization has a written policy on quality or continuous improvement, this will often provide you with the needed cover to get started. Do not resign yourself to thinking that you can’t influence the culture: within your area of responsibility, you can. It needs to be a team effort, however, and your first step before trying the Five Whys method is to explain what you are trying to achieve and explain why it requires active participation by all. Your communication campaign should end with a clear, yes-or-no answer to the question: “are you willing to commit yourself to work this way?” The description of what “this way” means is up to you, but here are a few suggestions: 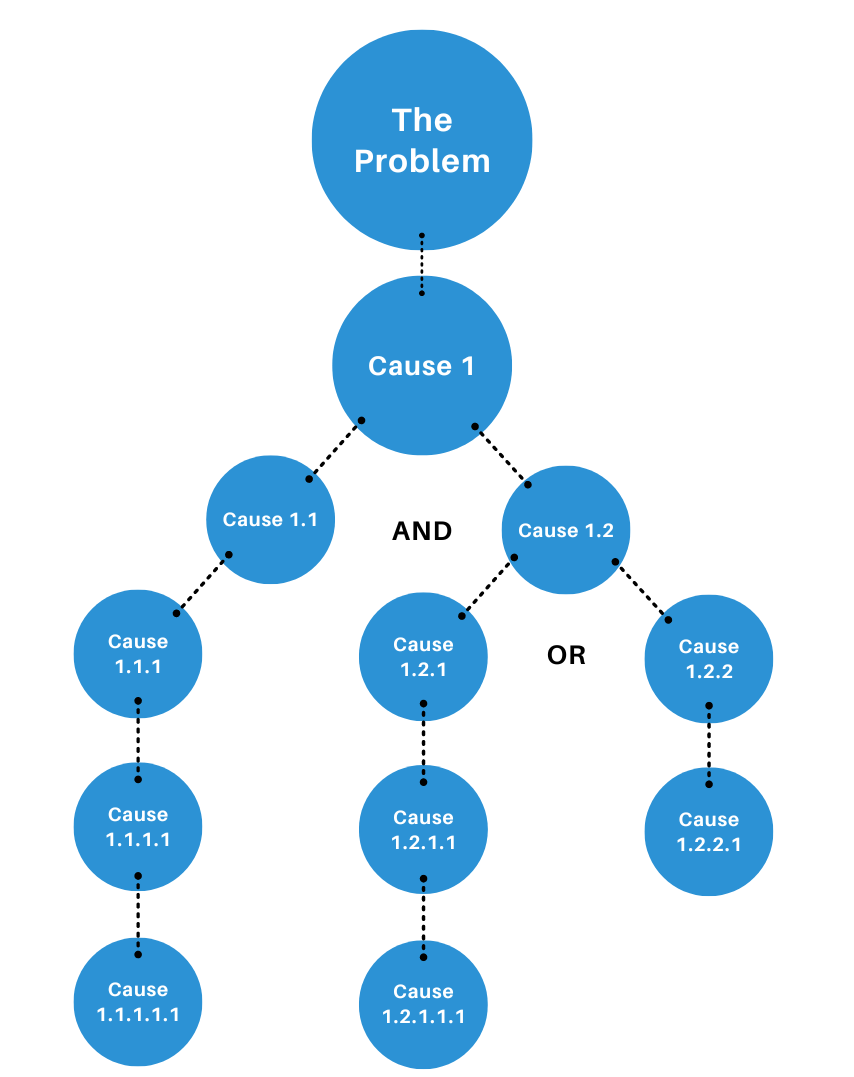 Finally, take one more look at the tree diagram above. How many root causes are there? How many need action?

The answer may surprise you: you only need to find one preventive countermeasure, for Cause 1.1.1.1.1  The reason is that if you can prevent the left branch from ever occurring, the two branches on the right won’t be enough to cause the problem.

It’s very important to involve your “discussion partner” throughout the Five Times Why process. Show them the causal diagram as you add to it, and make sure it still makes sense to your partner. Also, at some point, you may need to continue the discussion with another person. For example, a machine operator may carry you all the way to a broken sensor, but to understand why the sensor broke, you may need to talk with an engineer or maintenance technician.

Five Times Why is one of the most powerful tools you will find in the lean toolbox, but don’t fool yourself into thinking it’s easy: it takes 15 to 30 minutes to complete in the best of cases, and you can’t underestimate the importance of making your discussion partner feel at ease and not on trial. Like anything else, it’s repeated practice that will yield the results you seek. 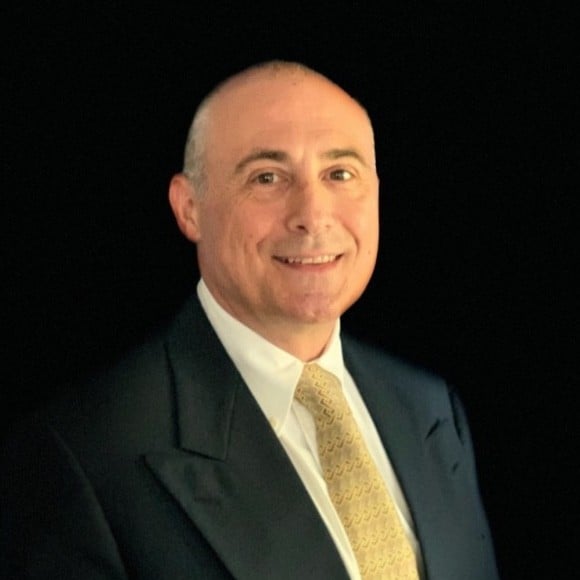 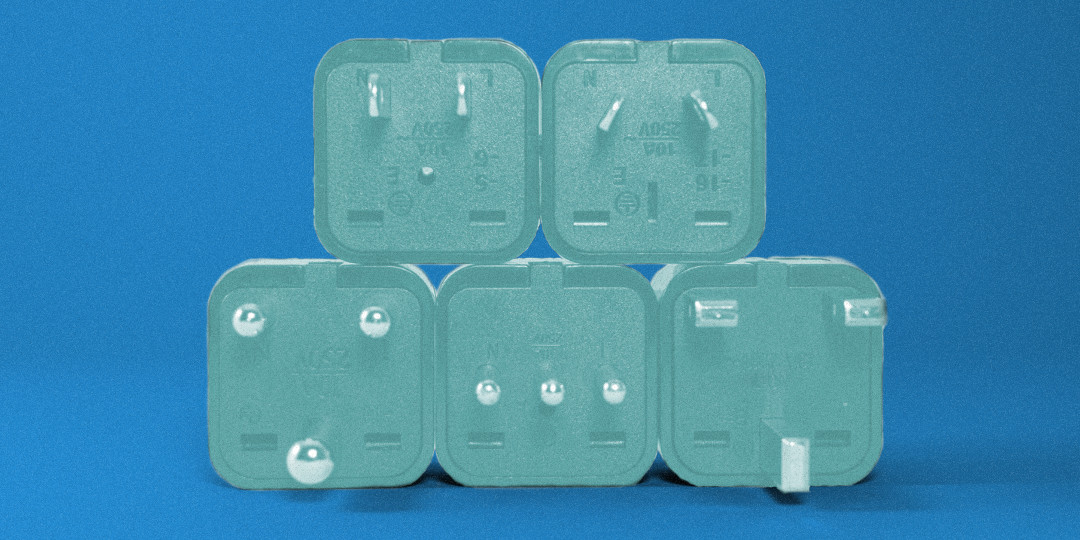 How to Build Quality into Your Process